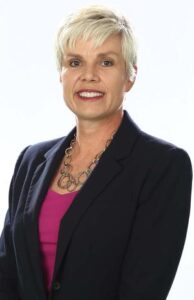 nn Hancock (’92) enters her 10th season as head women’s basketball coach in the 2021-22 season. She has compiled an overall record of 182-85 through her first eight seasons at Wingate, going 128-57 in league play. Hancock guided the Bulldogs to six straight NCAA Tournament appearances through the 2018-19 season, which saw the ‘Dogs advance to the regional semifinals four times. She has led the Bulldogs to three SAC Tournament titles and a regular season championship in her first eight seasons.

Wingate went 17-13 in the 2019-20 season, a year when three of the top four scorers were freshmen. The Bulldogs went 11-11 in SAC play. Junior Teliyah Jeter became the first Bulldog to earn SAC Defensive Player of the Year honors, while also earning second team All-SAC accolades after finishing third in the nation in blocked shots. Hannah Clark earned a spot on the All-SAC Freshman Team.

The Bulldogs went 23-9 in the 2018-19 season, with a 15-5 record in league play to finish second in the SAC standings. Wingate advance to the SAC Tournament championship game for the fourth straight year and earned an at-large bid to the NCAA Tournament for the sixth straight season. Wingate had three seniors graduate as 1,000-point scorers. Caroline Averette and Danasia Witherspoon earned All-SAC honors, while Jo Snow was named the SAC Freshman of the Year.

The Bulldogs went 26-6 in the 2017-18 season, going 17-3 in league play to finish second in the SAC standings. Wingate advanced to the SAC Tournament championship game and earned an at-large bid to its fifth straight NCAA Tournament. Marta Miscenko was named the SAC Player of the Year, while also earning All-Region honors. Averette and Witherspoon also picked up all-conference honors for the Bulldogs.

In the 2016-17 season, Wingate (26-6 overall) won the South Atlantic Conference tournament crown and advanced to the NCAA Division II tournament for a SAC-best 15th time. The Bulldogs won their NCAA opener against King to advance to the Round of 32.

Miscenko was named to the D2CCA All-Southeast Region second team and the All-SAC first team as the Bulldogs posted 20-plus victories for the 25th senior college season. Witherspoon earned second team All-SAC laurels. The Bulldogs tied for the second-place spot in the 2017 conference standings, closing the regular season by winning 17 out of their last 19 contests.

Wingate women’s basketball senior guard Jasmine DeBerry was one of 10 student-athletes named to the 2015 Allstate Women’s Basketball Coaches Association (WBCA) Good Works Team®. This prestigious award pays tribute to college basketball players at all levels for their impressive commitment to giving back to their communities and positively impacting the lives of those around them.

Hancock led Wingate to the South Atlantic Conference regular season and tournament titles in 2013-14. The Bulldogs compiled a 24-6 overall record during the 2013-14 season, advancing to the NCAA Division II tournament.

In 2012-13, Hancock helped mentor Chantal Dunbar and Janitsha Williams as they achieved All-SAC honors. In her fourth game at the Bulldog helm, Wingate defeated defending regional champion Lander in Greenwood, S.C. Thanks to the work of Hancock and her staff, Wingate hosted its inaugural Future Bulldog Day for local fifth graders on Dec. 19, 2012.

Prior to returning to her alma mater, Hancock spent two seasons as an assistant women’s basketball coach at East Carolina University. Prior to her time in Greenville, she was the head women’s basketball coach at UNC Wilmington for 10 seasons. Hancock was an assistant coach for eight seasons at UNC Chapel Hill, helping the Tar Heels win the 1994 NCAA Division I national championship. As a basketball student-athlete at Wingate, Hancock was all-conference and all-district for four seasons each.

At East Carolina, Hancock assisted in all phases of the basketball program. She was involved in on-the-floor coaching, recruiting and scouting. Hancock was also engaged in student-athlete academic progress and summer camps.

While the head coach at UNC Wilmington, Hancock led the Seahawks to the most NCAA victories in school history and the most wins in any three consecutive year period. She was the Colonial Athletic Association Coach of the Year in 2003. The same season, she helped the Seahawks set a new attendance record. UNCW signed the most highly-touted recruiting class in school history in 2003.

Hancock assisted in all phases of coaching for the 1994 NCAA Division I national champion UNC Tar Heels. She was heavily involved in recruiting; Hancock signed the numbers one, four, five, seven and 14th-ranked high school players as the program’s recruiting coordinator. She coached on the floor during practice, with specific work geared to the UNC perimeter players.

Hancock scored 2,195 points during a distinguished Wingate career (1989-92). As a senior, she led the Bulldogs in scoring with her 19.9 points per game. During her tenure, Wingate compiled a 103-23 overall record. The Bulldogs advanced to the NAIA national tournament each season. Hancock and her teammates won three conference and three district titles.

The 1992 NCAA Woman of the Year for North Carolina, Hancock earned a prestigious NCAA post-graduate scholarship. She was Wingate’s first-ever Academic All-America® selection in 1990. In addition to her basketball exploits, Hancock lettered in volleyball three years and softball one year for the Bulldogs. At Wingate’s 1992 commencement exercises, she won the Budd E. and Ethel K. Smith Cup. The Smith Cup is awarded annually to the senior judged to have made an outstanding contribution through leadership of fellow students.

The Bulldogs lead the SAC with 14 appearances in the NCAA Division II national tournament. Wingate has an overall NCAA tourney record of 15-15 with Elite Eight appearances in 1995, 1996 and 2008. Since joining the SAC in 1990, the Bulldogs have won 11 SAC regular season crowns and eight SAC tournament championships. In 1988, Wingate compiled a 33-2 overall record en route to an appearance in the NAIA Final Four. In 39 senior college seasons, Wingate women’s basketball has 827 victories and 339 losses.