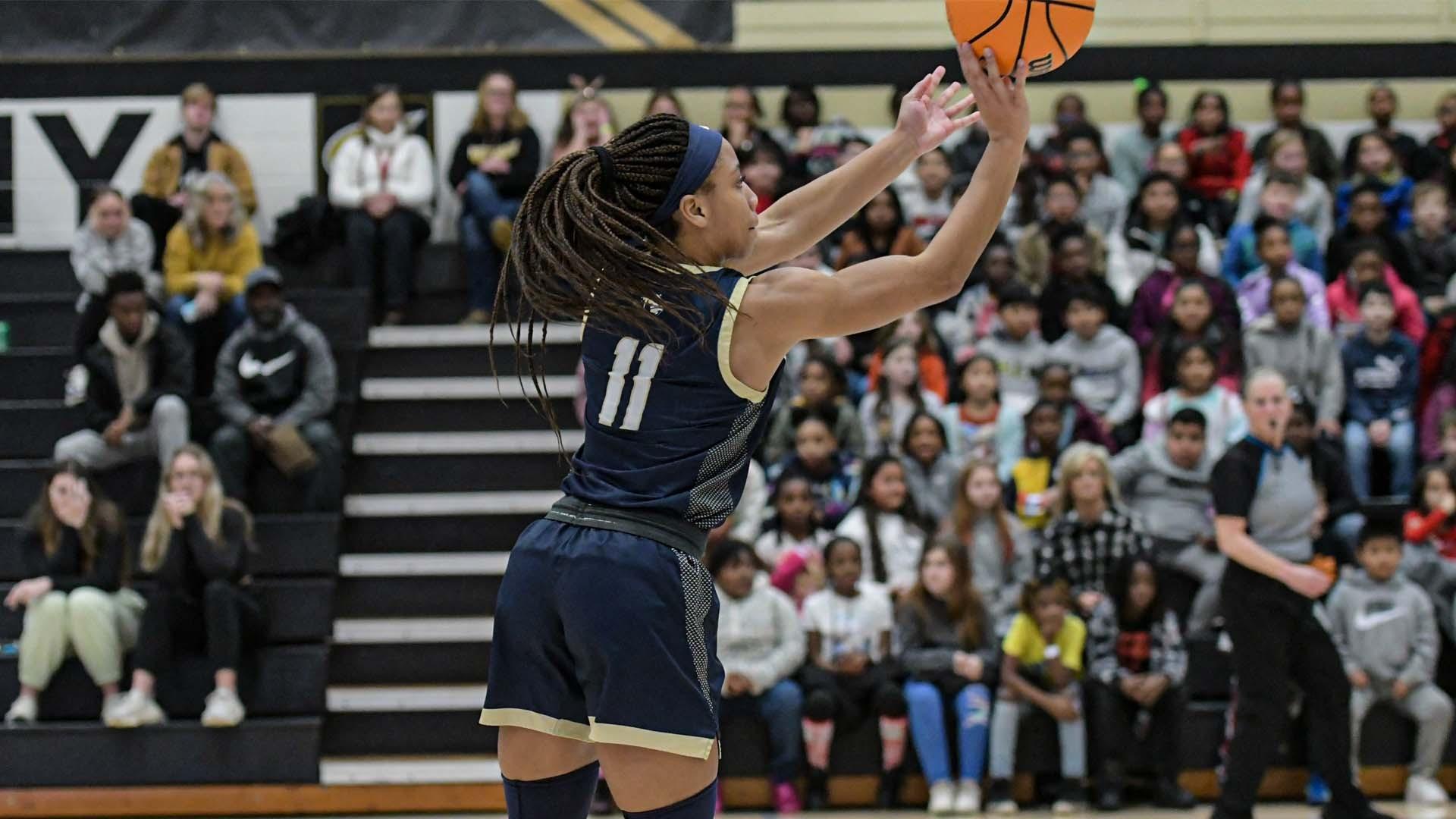 Myrtle Beach, S.C.- Hannah Clark drilled a three pointer at the end of regulation to force overtime, leading the Wingate University Bulldogs to a thrilling 79-74 victory over Lander University in NCAA Division II women’s basketball action in the opening game of Carolinas College Challenge at the Myrtle Beach Convention Center.  . Wingate wins its fifth straight game, improving to 8-1 overall, while the Lander Bearcats fall to 2-7 on the season.

– A Jakiyah Parker three gave Lander a 10-3 lead seven minutes in
– Clark’s layup pulled the ‘Dogs within five
– A Vashae Rideout triple put the Bearcats on top by seven with 1:22 to go
– Two Clark free throws cut the lead to five
– A Cory Santoro triple gave Lander a 19-9 lead heading to the second quarter

– Parker’s triple pushed the Lander lead to 13 less than a minute in
– A 6-0 run sparked by a pair of Sullivan buckets cut the lead to six at 25-19 with six minutes left
– Parker’s three with 2:56 remaining put the Bearcats on top 32-21
– Buckets from Laney Beale and Leah Barringer pulled WU within seven heading to halftime at 34-27

– WU scored the first 14 points of the fourth quarter to take the lead
– Back-to-back Kozo layups pulled Wingate within one, while two Hege free throws gave the ‘Dogs the lead
– Buckets from Kozo, Beale and Clark put the Bulldogs on top 53-46 with 6:25 to go
– Parker’s triple pulled Lander within two with five minutes left
– Hege and Sullivan answered with buckets to make it 57-51 at the 4:16 mark
– A Tanyia Gordon layup and Parker three gave Lander a 58-57 lead with two minutes remaining
– Santoro added a layup to push the advantage to three with a minute to go
– Kozo’s free throw with 46 seconds left pulled the Bulldogs within two
– A Quadaija Langley free throw with nine seconds left gave Lander a 61-58 advantage
– Clark buried a three with three seconds left to tie it at 61 and send it to overtime

– Hege’s three-point play four seconds in gave Wingate a 64-61 lead
– A Hege layup and Sullivan three made it 69-63 with 3:49 to go
– Two Langley free throws pulled Lander within three with 3:02 remaining
– Layups from Sullivan and Wilson gave the Bulldogs a 74-67 advantage at the 2:16 mark
– Two Langley free throws cut the lead to five, but Kozo’s layup with 1:52 to go made it 76-69
– A Santoro three-point play pulled the Bearcats within four with a minute remaining
– Two Sullivan free throws made it 78-72 with 47 seconds to go
– Barringer added a free throw with 14 seconds left

Recap and Photo Courtesy of Wingate University and Hugh Patton