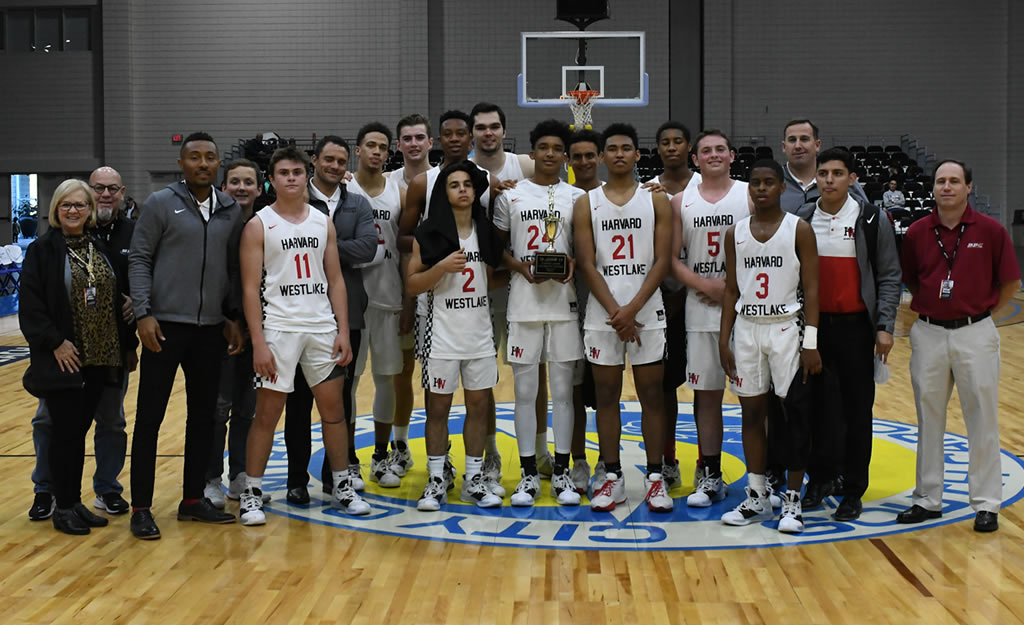 Mason Hooks led Harvard-Westlake with 17 points and 17 rebounds.  Hooks completed the tournament with 55 rebounds in four games to rank 4th in the 39-year history of the Beach Ball Classic.  The record of 68 rebounds was set by Wendell Carter while playing at Pace (GA).

WHERE ARE THEY FROM:  Harvard-Westlake — Studio City, CA.  Izard County — Brockwell, AR.