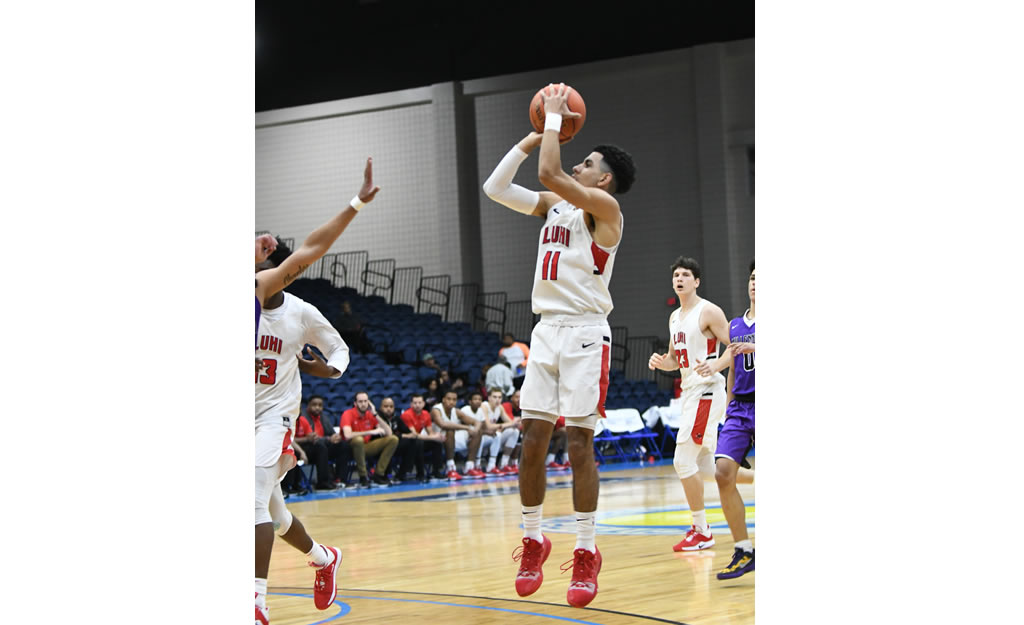 LUHI’s Andre Curbelo put on a show for the fans and television audience on the Stadium network as he scored 25 points, grabbed 19 rebounds and dished out nine assists.  He fell just one assists short of the fourth triple-double in the 39-year history of the Beach Ball Classic.  The other three involved points, rebounds and blocks and were accomplished by three future first-round NBA draft picks in Rasheed Wallace (27-16-16), Brendon Haywood (24-21-11), and Kwame Brown (16-22-10).

WHERE ARE THEY FROM:  Long Island Island — Brooksville, NY.  Millennium — Goodyear, AZ.