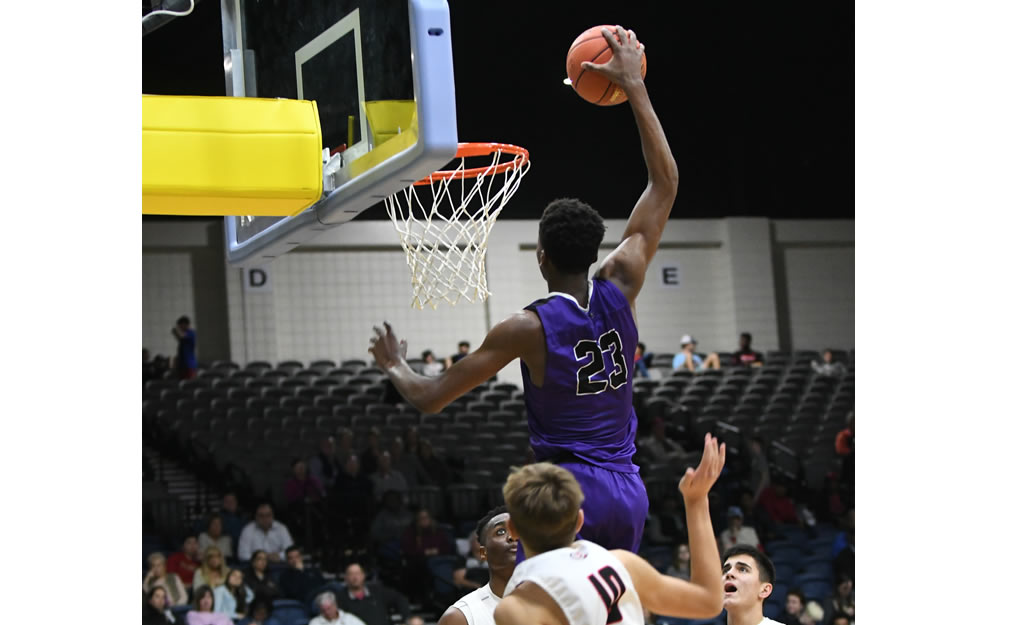 Millennium (AZ) advanced into the quarterfinal round with a thrilling 65-63 victory over University (AZ) in an opening round game of the 39th Annual Beach Ball Classic at the Myrtle Beach (SC) Convention Center.

STORY LINE: After a furious comeback by University when trailing by 13 in the second half, Millennium’s DaRon Holmes blocked Kyle Smith’s layup attempt at the buzzer to preserve the victory.  The stars of the two teams shines as Holmes, a junior with offers from Kansas, Arizona, and every other team with a heartbeat, had 25 points, 10 rebounds and seven blocks.  Kaden Metheny, who has signed with Bowling Green, led all scorers with 31 points for University.

WHERE ARE THEY FROM: Millennium — Goodyear, AZ.  University — Morgantown, WV.