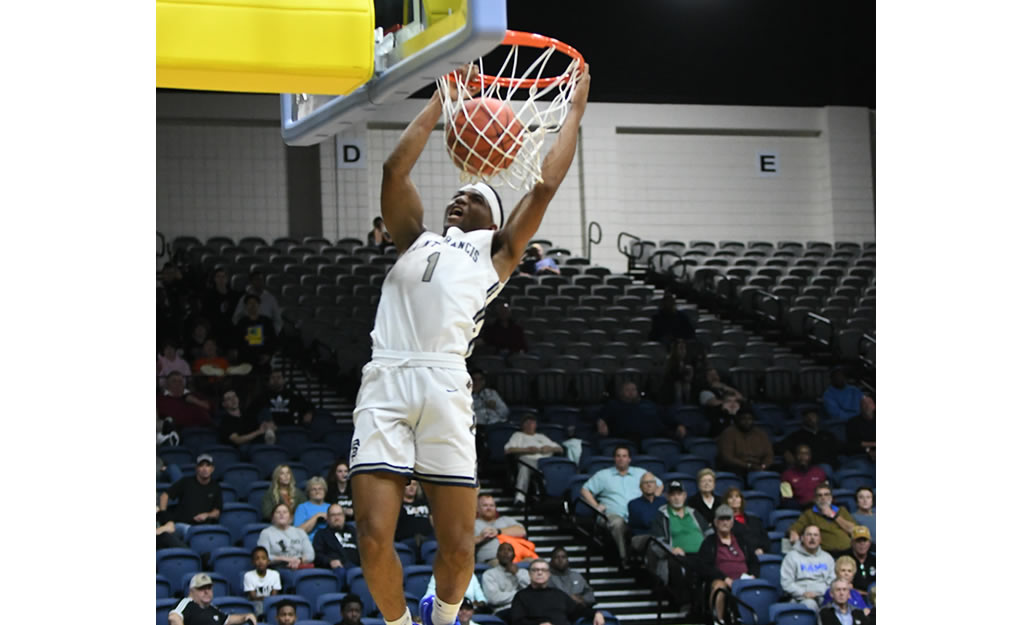 St. Francis (GA) advanced into the quarterfinal round with a 73-64 victory over Izard County (AR) in an opening round game of the 39th Annual Beach Ball Classic at the Myrtle Beach (SC) Convention Center.

STORY LINE: St. Francis led 40-36 at halftime and maintained a close lead at 59-55 with 5:43 to place in the second half.  The Knights scored seven unanswered points to open their largest lead over the next 3:58.  Seth Hubbard capped the run with an old-fashioned three-point play with 1:17 on the clock to give St. Francis a 66-55 lead.

WHERE ARE THEY FROM:  St. Francis (Alpharetta, GA); Izard County (Brockwell, AR).