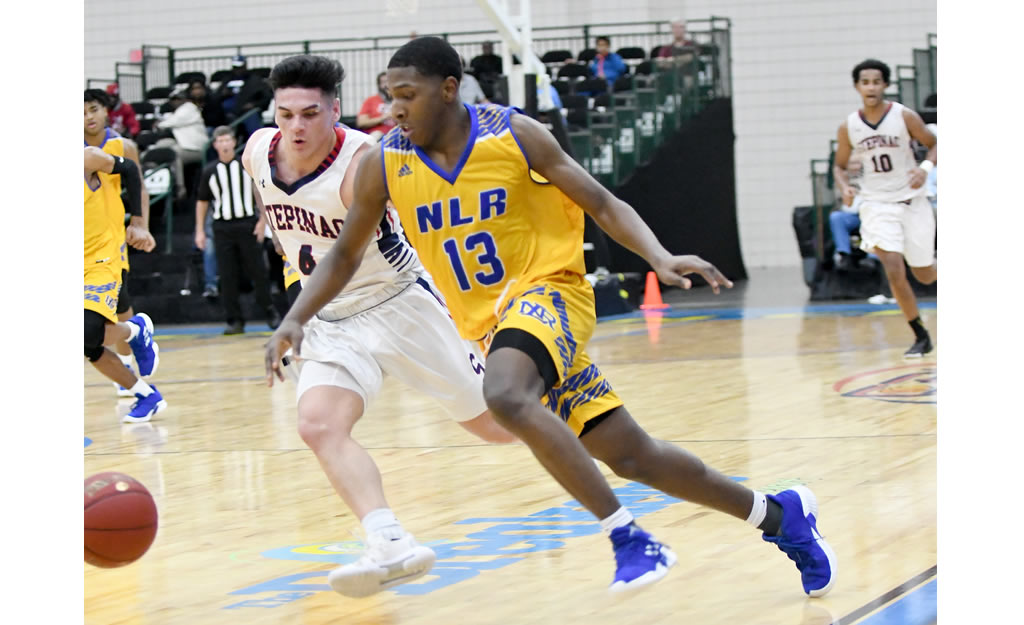 North Little Rock’s Spencer Simes drove the length of the court and hit a short jumper in the paint to give the Wildcats a 53-51 victory over Archbishop Stepinac to advance to the semifinal round of the 2018 Beach Ball Classic at the Myrtle Beach (SC) Convention Center.  North Little Rock advances to the semifinal round to play the winner of the Cox Mill-Scott County quarterfinal match-up.

TURNING POINT:  After leading by as many as 14 points, North Little Rock found itself tied with with 10 seconds to play after Stepinac’s Matt Brand connected on a pair of free throws to knot the score at 51-51.  Spencer Simes took the inbounds pass and drove through traffic and into the lane to hit the game winner just before the buzzer.

NORTH LITTLE ROCK STAT LEADERS: Spencer Simes led the Wildcats with 15 points while Tracy Steele came off of the bench to add 12 points.