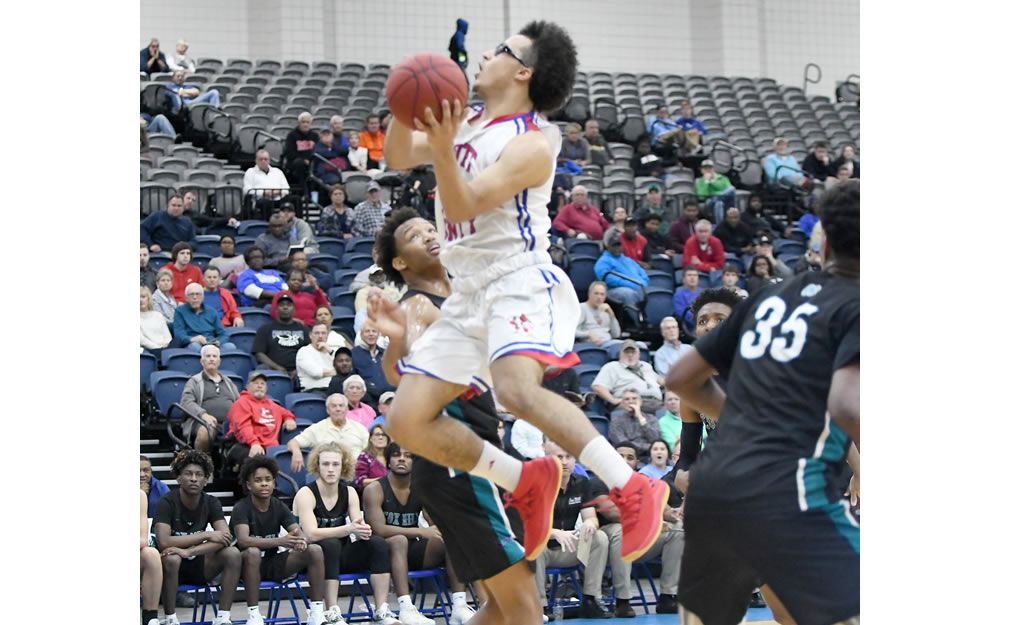 In a battle of top-20 ranked programs, #19 Scott County defeated #20 Cox Mill 71-60 to advance to the semifinal round of the 2018 Beach Ball Classic at the Myrtle Beach (SC) Convention Center.  Scott County will face North Little Rock at 7:00 p.m. Saturday for a spot in the Championship game on Monday.

TURNING POINT:  With the game tied 23-23- at halftime, Scott County scored the first six points of the second half and stretched the lead to 11 points at 38-27 with 11:47 to play.  The victory was even more impressive considering the Cardinals played most of the second half without senior standout Michael Moreno who went out with an ankle injury.  Also of note, Scott County Head Coach Billy Hicks posted his 990th career victory with the win.

WHERE ARE THEY FROM:  Scott County – Georgetown, KY.  Cox Mill – Concord, NC.