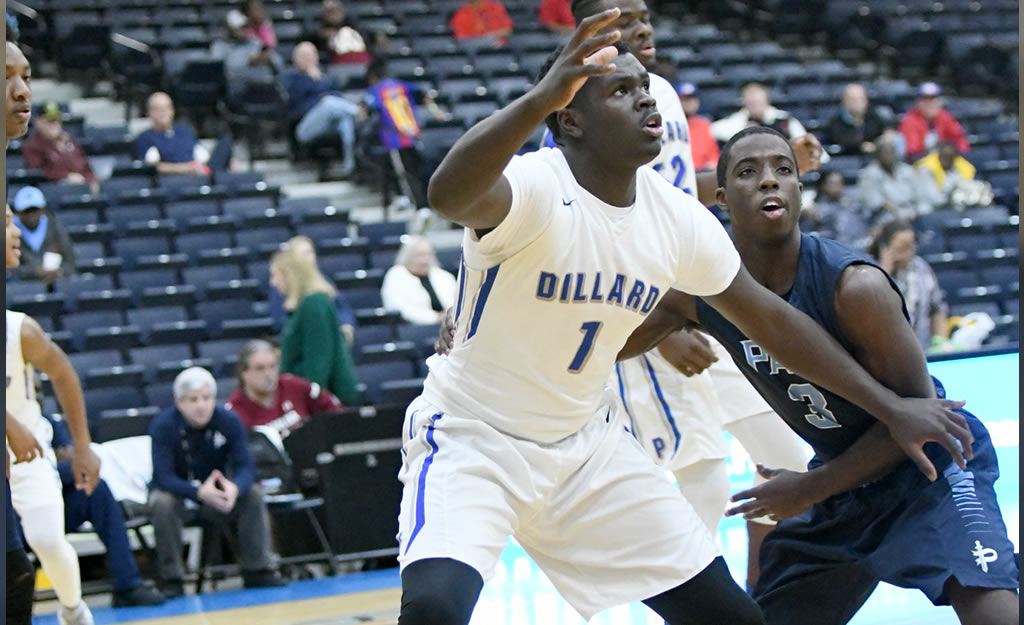 In the low-scoring affair, Pace held a slim 18-15 lead at the half and neither team led by more than five points in the second half.  Dillard grabbed its largest lead of the game at 48-43 with 3:08 to play.  Pace scored the final five points of regulation to knot the score at 48-48 and send it to overtime.  During the final stretch of the second half, Dillard was 0-for-3 from the field and also committed two turnovers.

In the extra period, the teams traded baskets and Pace held a slim 51-50 lead with 37 seconds on the clock.  Dillard’s Jordan Wright gave the Panthers the lead at 52-51 with 16 seconds to play on a pair of free throws.  On the ensuing possession, Pace’s Wendell Carter turned the ball over.  Following a timeout, John Sellers missed on a pair of free throws with nine seconds remaining to give Pace another chance to take the lead.  Michael Simon turned the ball over on an errant pass as he drove the lane and attempted to kick the ball outside of the 3-point arc to Isaiah Kelly.  Bryce Oliver then connected on a pair of free throws with 1.9 seconds remaining to push the Dillard lead to three points.  Carter got the ball at midcourt for Pace but had his 3-point attempt hit the back of the rim and bounced away to give Dillard the win and the trophy.

Dillard was led by Jordan Wright’s 23 points and teammate Raiquan Gray’s 10 points and 11 rebounds.  Pace’s Carter, who has signed with Duke, led the Knights with 17 points, 17 rebounds and seven blocked shots.  Carter ended his four games in the tournament with a records 68 rebounds, breaking the previous mark of 61 set by Chris Singleton of Dunwoody (GA) in the 2007 Beach Ball Classic.