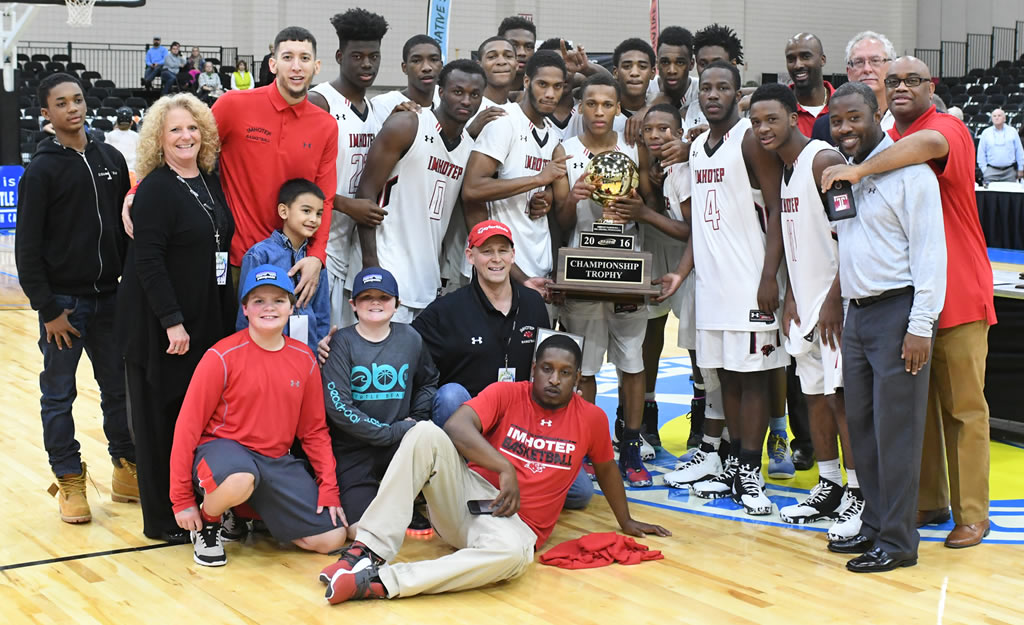 David Beatty tipped in a missed layup at the buzzer for a Beach Ball Classic instant classic as Imhotep (8-1; Philadelphia, PA) won the championship with a come-from-behind 78-76 victory over Evanston (13-2; Evanston, IL).

The second half saw Imhotep take control and build a lead as large as 11 points at 52-41 on a layup by Koby Thomas with 9:13 remaining.  Evanston chipped away at the lead and eventually tied the game at 76-76 on three free throws by Nojel Eastern after he was fouled on a 3-point attempt with seven seconds remaining.

Daron Russell took the inbounds pass and drove the length of the court but had his layup attempt roll off the side of the rim.  Beatty grabbed the rebound and tipped it in through the net for the winning basket.

Imhotep was led by Russell’s 25 points while Koby Thomas came off of the bench to post a double double with 19 points and 10 rebounds.  Nojel Eastern led Evanston Township with 28 points and Elyjah Williams added 14 points and 15 boards for the Wildkits