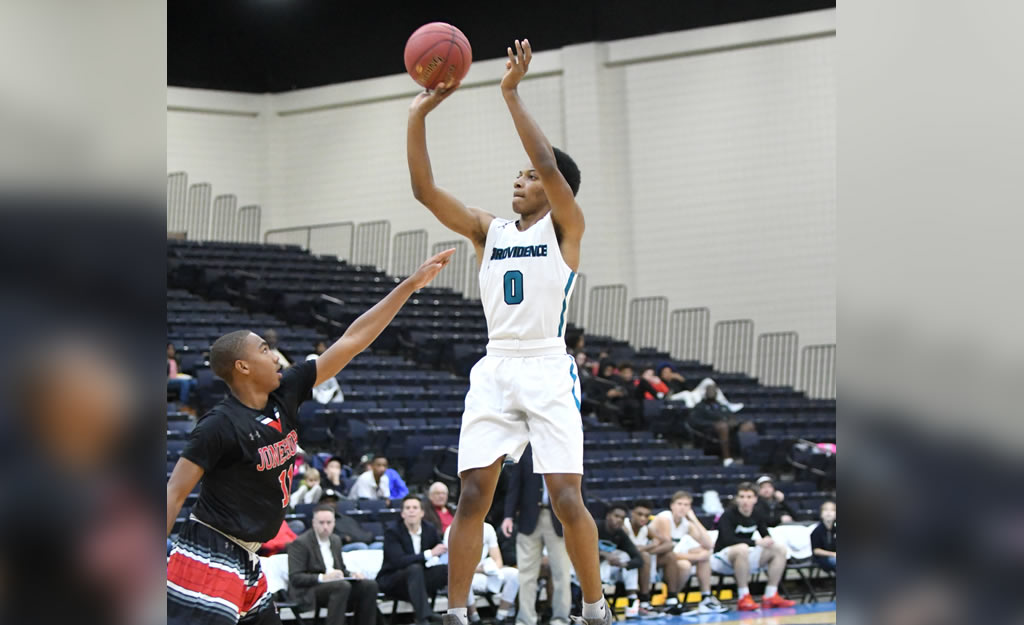 Providence (9-4; Jacksonville, FL) scored a 66-43 victory over Jonesboro (10-4; Jonesboro, GA) to advance to the championship game of the consolation bracket.

The lead switched sides on the scoreboard four times early in the first half but an 11-0 spurt by Providence to take a 22-12 lead with 6:27 on the clock.  As the teams traded baskets the rest of the opening half, Marion Kyle closed the half with a trey to give Jonesboro a 30-18 lead at the half.

In the second half, Providence stretched the advantage to as many as 28 points in cruising into the next round.  The Stallions connected on 61.1 percent of their shots in the second half to improve to 51.3 percent for the game.

Providence was led with 18 points each by the duo of Navy signee Kyle Marion and University of Alabama at Birmingham signee Zackery Bryant.  MJ Walker led all scorers with 29 points for Jonesboro.