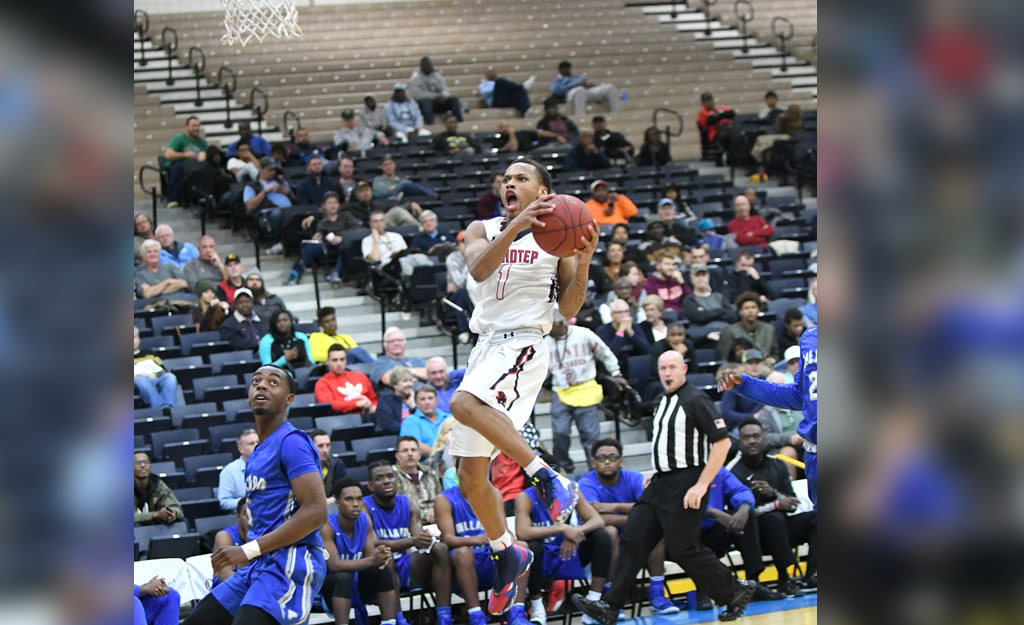 Imhotep trailed only briefly early in the first half but took control of the game with an 11-2 run that gave the Panthers a 31-20 lead with 3:27 to play in the opening half.  Imhotep’s Daron Russell connected on a 3-pointer just before the buzzer to give his squad a 43-26 lead at the break.

Imhotep went on to lead by as many as 34 points in the second half and cruise into the finals.  Russel, who has signed with Rhode Island, led the Panthers with 23 points, seven rebound and seven steals.  South Carolina signee David Beatty added 18 points and four assists for Imhotep.

Dillard was paced by Jordan Wright’s with 31 points and nine rebounds.