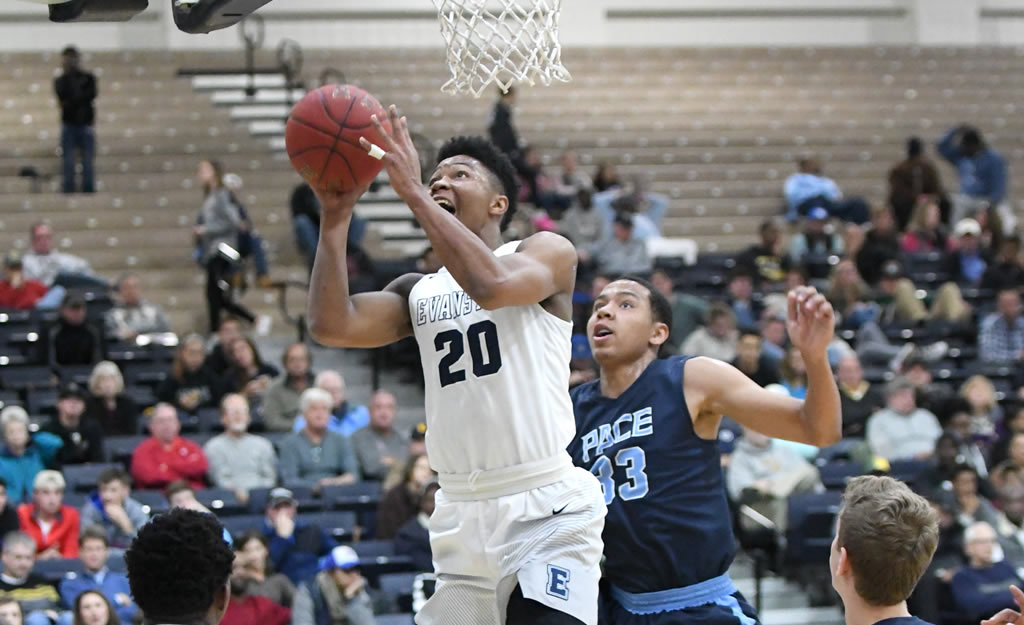 Evanston (13-1; Evanston, IL) defeated Pace (6-7; Atlanta, GA) 57-44 to win tyhe first semifinal game and advance to the championship game of the 2016 Beach Ball Classic.  The Wildkits will play the winner of the game between Imhotep (PA) and Dillard (FL).

In the opening half, Pace held the lead for nearly 13 minutes before Evanston grabbed the lead before the half.  Trailing 20-16 with 3:55 on the clock in the opening half, Pace scored nine unanswered points to open their first lead of the game to five points at 25-20 with 2:15 on the clock.  The teams traded a couple of baskets in the closing two minutes and Evanston maintained that cushion at 29-24 at the break.

Evanston put the game on cruise control in the second half after scoring the first six points and opening a double-digit advantage at 35-24 with 11:54 to play.  The Wildkits led by as many as 16 points in the second half.

Evanston was led by Purdue signee Nojel Eastern’s 24 points and 13 rebounds.  Elyjah Williams chipped in eight points and six rebounds for the Wildkits.

Pace was a one-man show as Duke signee Wendell Carter posted a double-double with 26 points and 21 rebounds, tying him for the seventh best single game rebounding mark in BBC history.  Tony Parker, then of Miller Grove (GA), pulled down 27 boards against Douglass (OK) during the 2010 Beach Ball Classic.  Carter also has 51 rebounds through three games and will need 10 rebounds to tie the all-time BBC record for four games currently held by Chris Singleton of Dunwoody (GA) during the 2007 tournament.