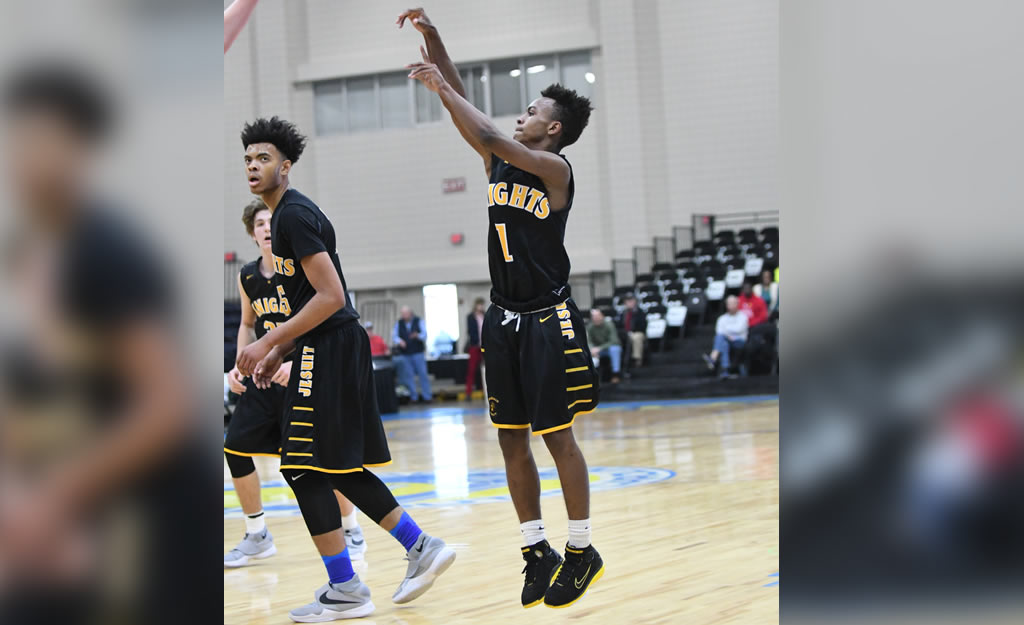 Iglesia, who had connected on just 2-of-7 from behind the arc for the game prior to his game winner, dribbled around the top of the key and pulled up from about 28 feet out to drain the winning points.  The shot ended a game that say eight lead changes, seven ties and each team build leads of no more than seven points.

Following Iglesia’s trey and a timeout by Myrtle Beach, Conor Dalton stole the ball from Myrtle Beach’s Robert Swanson before he could get a shot away to end the game.  Dalton was a defensive substitution by McQuaid Jesuit Head Coach Jack Leasure, who was a member of the 2002 BBC Championship Knights’ squad.

McQuaid Jesuit was led by Kobe Long’s 16 points as he came off of the bench to nail 5-of-8 from behind the 3-point line.  Myrtle Beach was paced by JaQuan Chestnut’s double-double of 1l points and 12 rebounds.