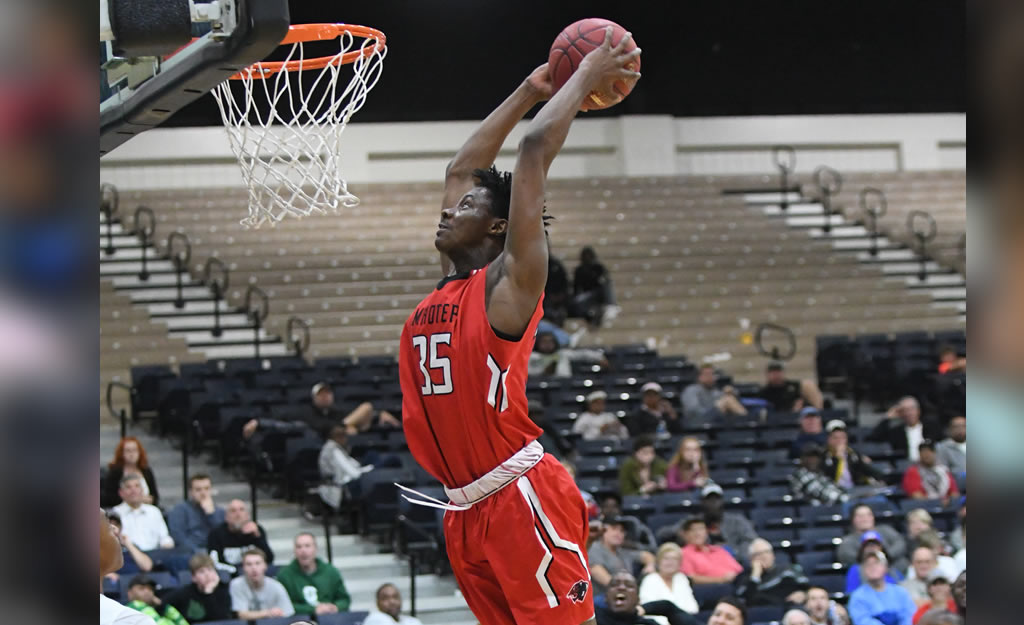 Imhotep led the entire first half and held a slim 29-28 advantage at halftime.  Bishop Gorman grabbed its only lead of the game at 31-29 the start of the second half on Jamal Bey’s 3-point field goal with 14:30 on the clock.  The lead was short-lived as Imhotep tied the game and then took the lead for good with 14:01 to play on Daron Russell’s layup.

Imhotep was led by Russell’s 25 points on 0-of-8 shooting from the field.  David Beatty added 17 points and six rebounds while Koby Thomas had three highlight reel dunks in route to his 12 points off of the bench for the Panthers.