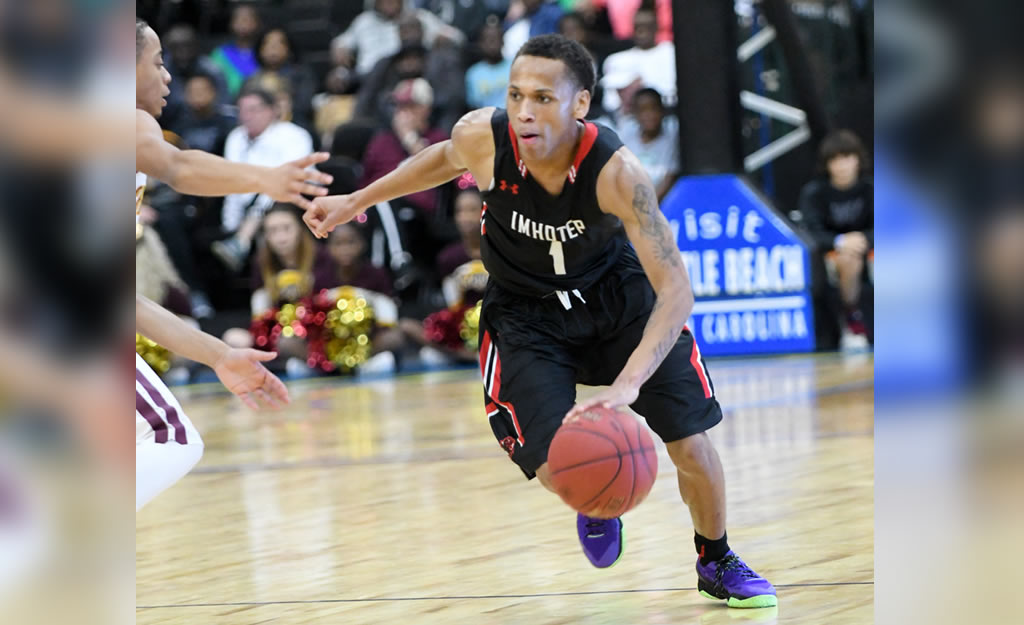 Imhotep (5-1, Philadelphia, PA) built a double-digit lead less than six minutes into the game and never looked back with a 73-34 victory over Christ the King (4-3, New York, NY) to advance to the quarterfinal round.

Imhotep scored the first basket of the game but found itself down 3-2 on a 3-point field goal by Christ the King’s Tyson Walker.  Imhotep responded with a 6-0 run and went on to stretch the lead to as many as 26 points in the opening half.  The 39-point cushion at the end of the game was the largest lead for Imhotep.

Christ the King was paced by Jose Alvarado’s 21 points.