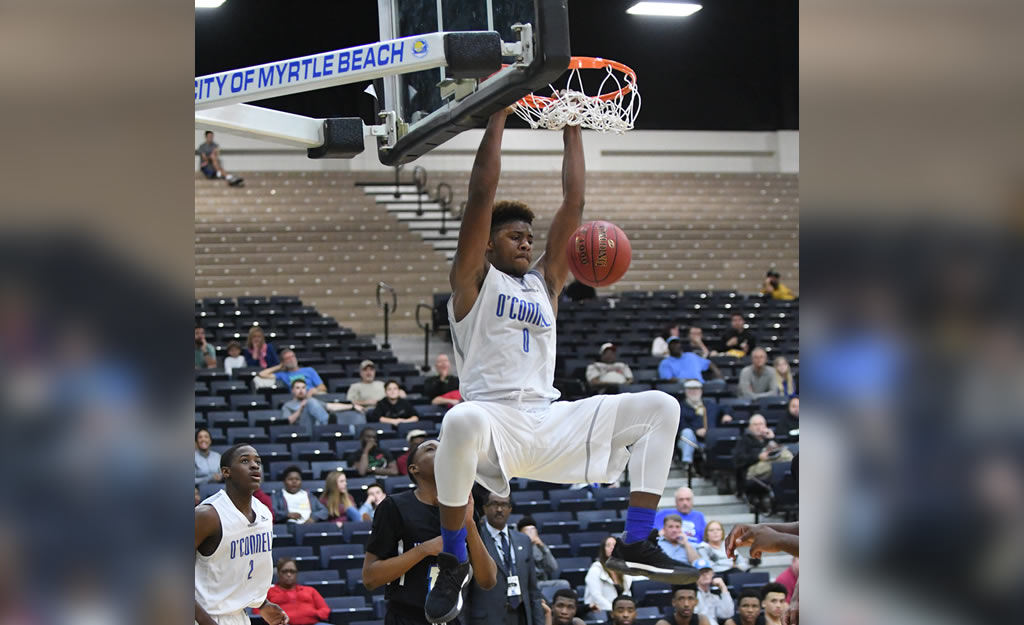 Dillard (10-3, Ft. Lauderdale, FL) trailed by double-digits before storming back in the second half to defeat Father Henry Carr (11-6, Toronto, Ontario, Canada) 68-60 to advance to the quarterfinal round.

After leading 33-29 at halftime, Father Henry Carr scored the first seven points of the second half to take its largest lead of the game at 40-29 on John Akende’s 3-pointer with 14:14 on the clock.  The Crusaders continued to hold the double-digit lead at 47-37 with 11:45 to play when Dillard started its impressive run.

The Panthers took over on the backboard and turned rebounds into transition points during a 20-0 that proved to be the winning stretch for Dillard.  Deshawn Bartley’s layup with 5:30 remaining capped the run and gave Dillard a 57-47 lead.  Akende drove the length of the court to stop the bleeding for Father Henry Carr at the 3:34 mark but it would prove to be too little too late for the Crusaders.

Dillard was paced by Jordan Wright’s 27 points as he connected on 11-of-18 from the field and added eight rebounds.  Raiquan Gadson added a double-double with 14 points and 14 rebounds for the Panthers.