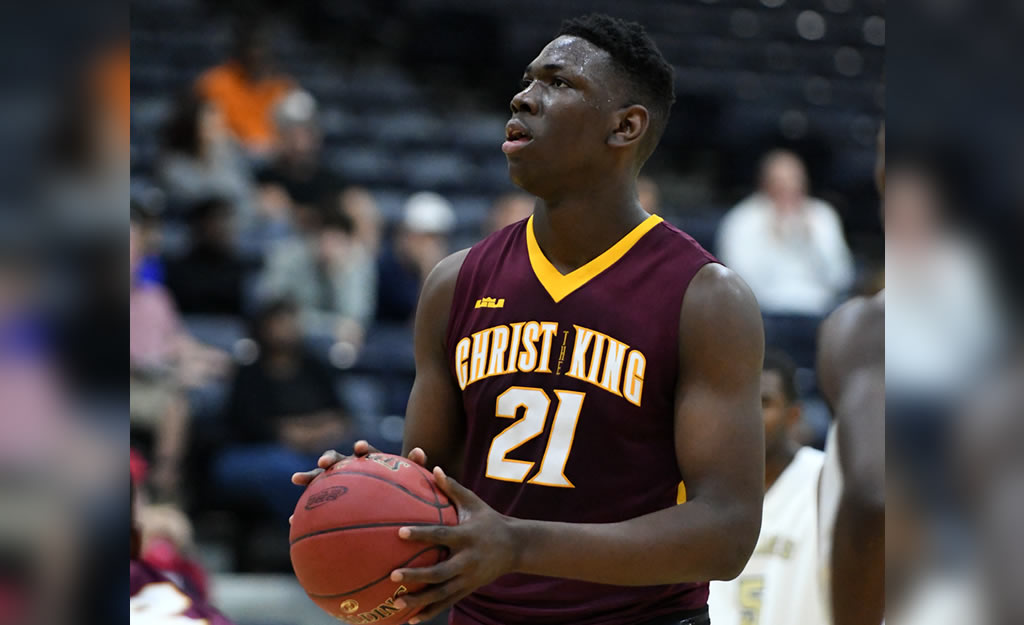 A day after Socastee (6-5; Myrtle Beach, SC) played tough against one of the nation’s best programs in Bishop Gorman (Las Vegas, NV), the Braves did it again against the storied program of Christ the King (5-1; New York, NY).  The Royals held off a late surge by Socastee to score a 40-36 consolation bracket victory.

The first half that saw both teams struggle from the field and also struggle in holding onto the ball as Christ the King committed nine turnovers and Socastee eight.  Christ the king connected on just 26.9 percent from the field (7-of-26) while the Braves hit just 35.0 percent (7-of-20).  With both teams struggling, the game ended in an 18-18 tie heading to the locker room after eight lead changes and four ties in the opening 16 minutes.

In the second half, Christ the King opened the largest lead of the contest when it took a 28-23 lead on Phillips Joseph’s 3-pointer with 10:46 remaining.  After the teams traded buckets, Socastee grabbed the lead once again at the 5:08 mark at 34-33 on a Jason Cudd layup.  Once again the teams traded baskets as Socastee took its last lead of the day at 36-35 on a dunk by Cudd.  Christ the King would score the games final five points to grab the victory as Socastee missed its final six shots and committed two turnovers in the final three minutes.

Kofi Cockburn led the way for Christ the King with 13 points and 13 rebounds.  Joseph added 12 points for the Royals.

Socastee was paced by Andrew Gardner’s 14 points and 10 rebounds.