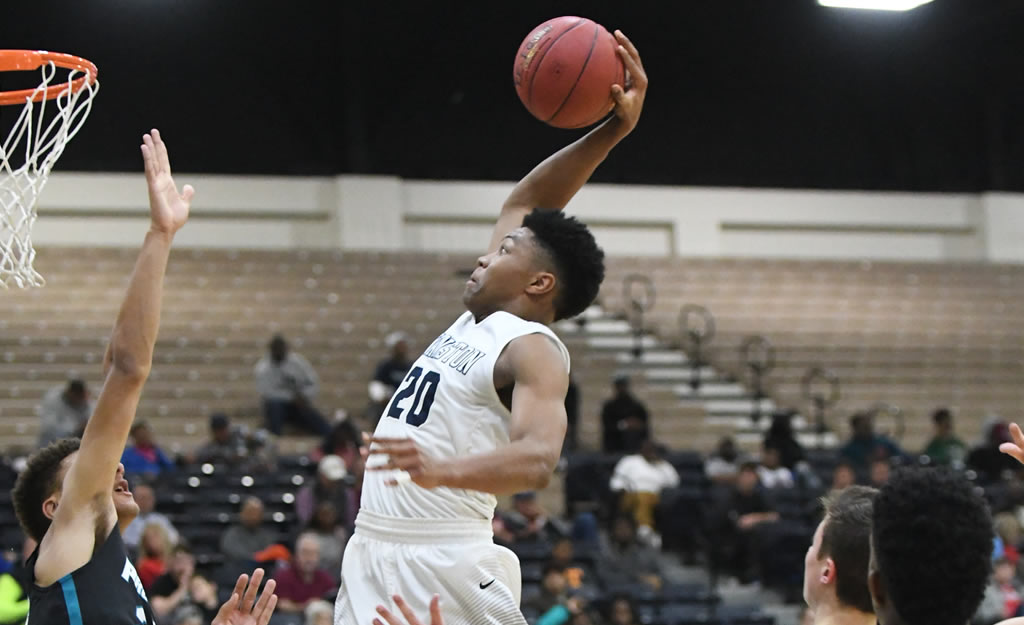 In a game that featured 15 lead changes and 13 ties, Evanston Township (11-1, Evanston, IL) grabbed the most important lead in the end to defeat Providence (7-4, Jacksonville, FL) 53-52 to advance to the quarterfinal round.

Evanston, which led 24-21 at halftime, could not continue its run as the game continued to go back and forth on the scoreboard.  Neither team ever led by more than four points as the teams traded baskets.  Evanston led 53-50 with 1:38 remaining when Jacorie Archie missed on a 3-point attempt for Providence.  Ahren Freeman grabbed the offensive rebound on the Archie miss and was fouled but missed the first free throw and it was rebounded by Evanston’s Elyjah Williams.

Evanston missed an opportunity to stretch its advantage when Nojel Eastern committed a turnover.  On the ensuing possession, Zachary Bryant missed on a 3-point attempt to tie the game with just 14 seconds remaining.  Chris Hamil then went to the free throw line with a chance to ice the game for Evanston but missed and Tyler Perez grabbed the rebound for Providence.  Following a timeout, Bryant inexplicably took the inbound pass and went coast to coast for a layup at the buzzer.  while it was a nice lay-in, it left Providence one point short on the scoreboard.

Evanston was led with 15 points by Lance Jones while Purdue signee Eastern added 14 points and seven rebounds for the Wildkits.  Providence was paced by Bryant, who has signed with the University of Alabama at Birmingham, as he tallied a game-high 26 points.