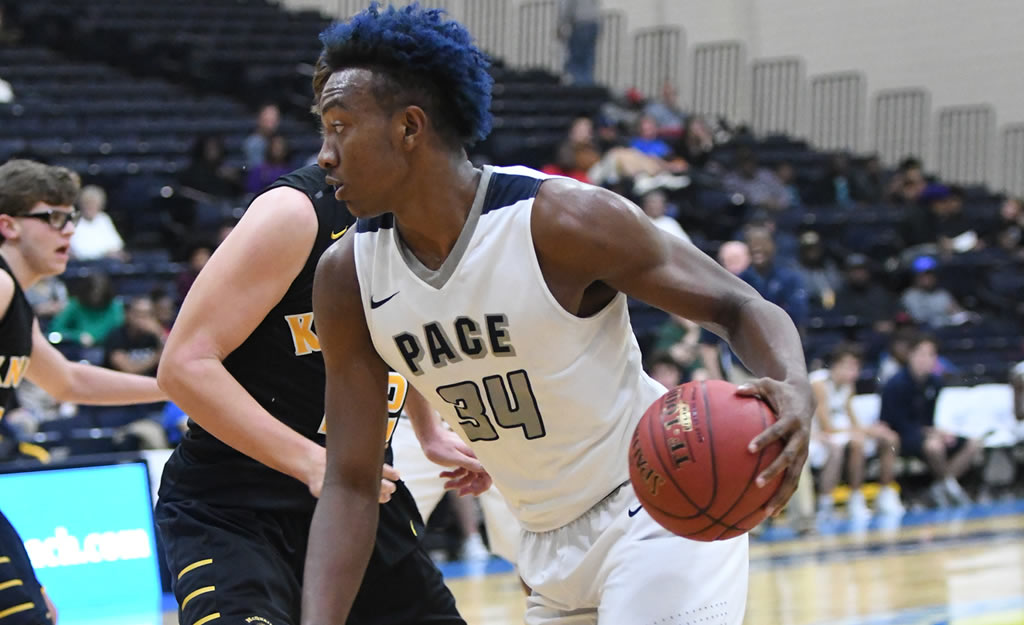 Duke signee and the nation’s number one player Wendell Carter led Pace with 16 points and 15 rebounds.  Kelly added 14 points and seven rebounds for the Knights.