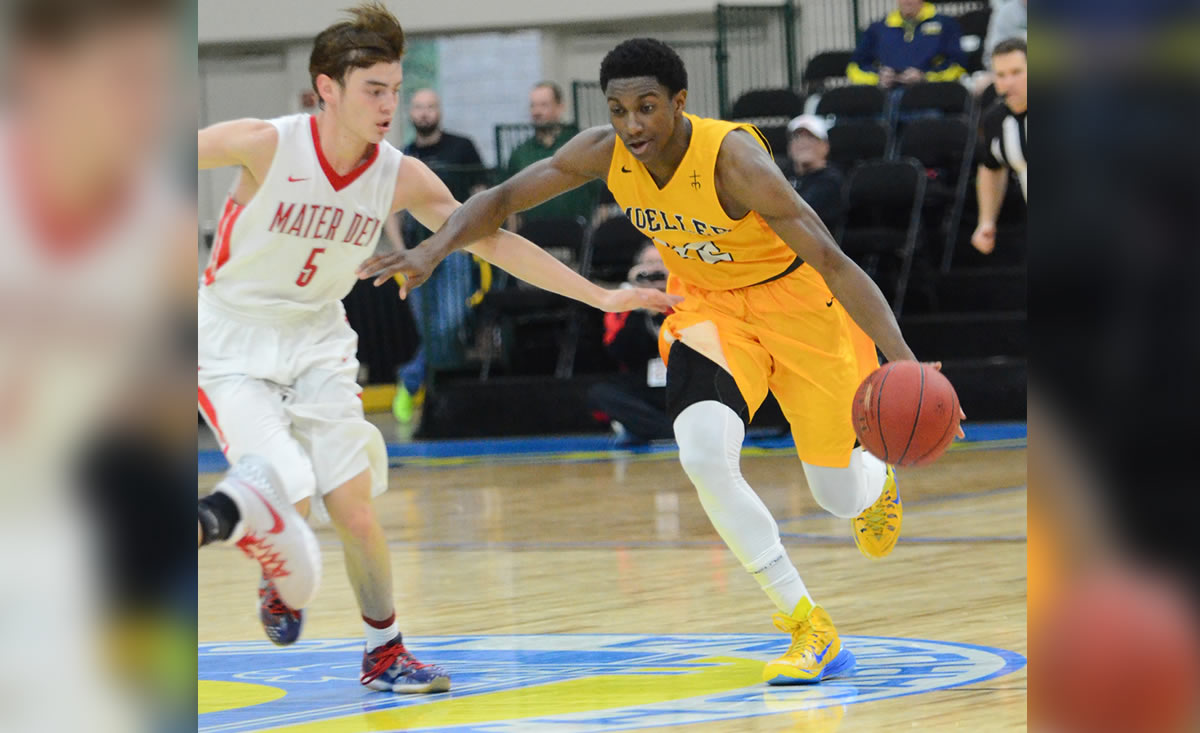 Moeller (9-1; Cincinnati, OH) never trailed in the contest but could not put Mater Dei (13-2; Santa Ana, CA) away as the game was close throughout.  In the first half, Moeller moved the ball around on offense and slowed the game to a near crawl.  The methodical play saw the Crusaders build seven-point advantages three times with the last being at 16-9 with 5:14 to play.  Michael Wang connected on a 3-point basket and Justice Sueing followed with a layup at the 2:36 mark to pull Mater Dei to within two points at 16-14.  Moeller’s Riley Voss connected on a one-handed running jumper just beyond the free throw line to give the Crusaders an 18-14 lead at halftime.

In the second 16-minute half, Moeller opened its largest margin of he game with an 11-2 run that was capped at the 7:56 mark by a Keegan McDowell 3-point basket to give the Crusaders a 35-25 advantage.  Mater Dei chipped away at the lead and Sueing’s two free throws pulled the Monarchs to within one at 37-36 with 3:02 on the clock.  The teams traded baskets before Mater Dei started fouling to put Moeller at the line.  The Crusaders iced the victory by connecting on all four of their free throws in the closing 36 seconds.

Moeller was led by Tery McBride’s 12 points and six rebounds while Riley Voss tallied 11 points and grabbed six boards for the Crusaders.

Mater Dei was paced by MJ Cage with 10 points.