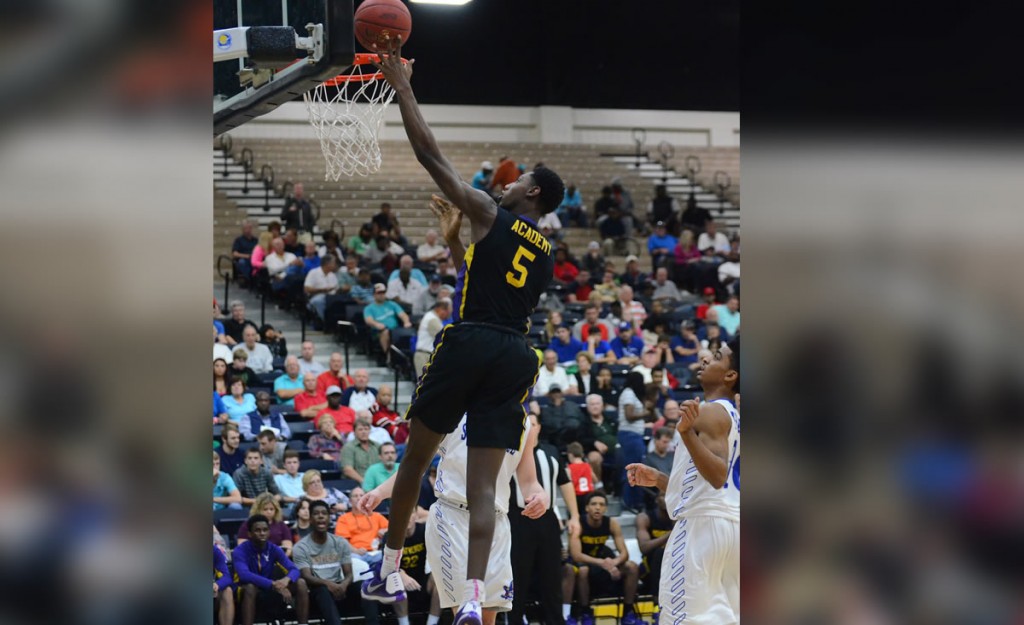 Montverde (FL), the #2 ranked prep team in the nation, advanced to the championship game of the 35th Annual Beach Ball Classic with a 66-59 victory over Seton Hall Prep (NJ).

In the opening half, Montverde (14-1) built a quick 9-2 run before Seton Hall (5-1; West Orange, NJ) scored the next eight points to take a 10-9 lead with 10:24 remaining in the first half.  The teams battled the remainder of the half as neither squad could earn more than a two point advantage.  Silvio DeSousa connected on a pair of free throws to tie the game at 25-25 heading to the break.  The game was tied a total of six times and the lead changed sides on the scoreboard 10 times in the opening 16 minute half.

After trading baskets to open the second half, Montverde went on a 13-2 run to open a 40-30 advantage with 10:43 remaining in a thunderous dunk by Simisola Shittu.  The Eagles went on to lead by as many as 16 points in cruising to the victory.

Montverde was led by Micah Potter’s 13 points while freshman RJ Barrett chipped in 14 points and five assists for the Eagles.  Seton Hall was paced by TJ Gibbs’ 20 points, with half of those coming from the free throw line on a perfect 10-for-10 night.