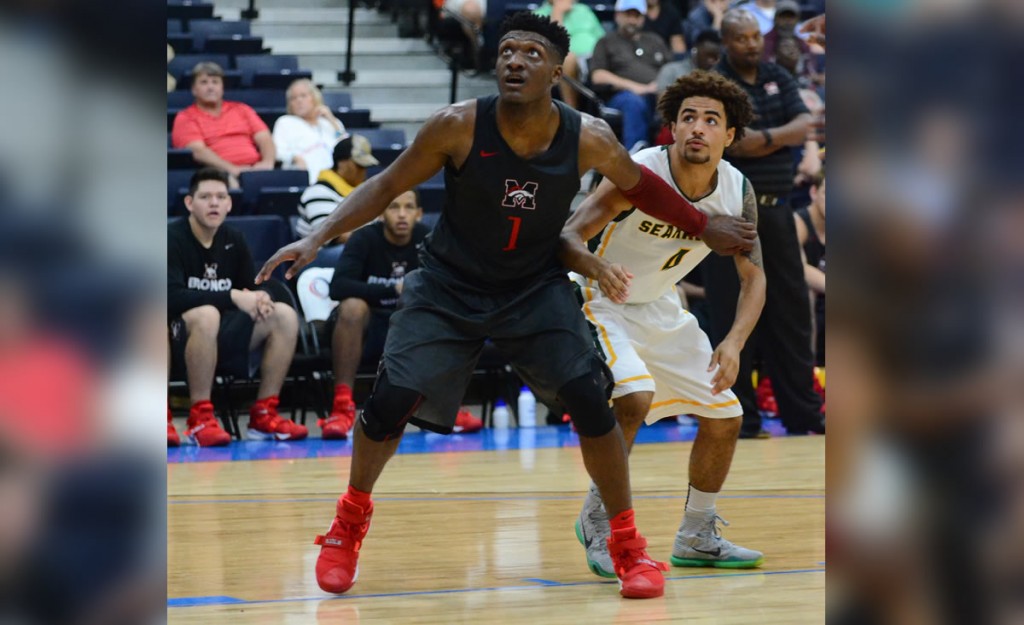 Mustang (OK) overcame an 11-point deficit to score a 74-66 victory over Myrtle Beach (SC) and advance to the semifinal round of the consolation bracket of the 35th Annual Beach Ball Classic.

In a game that featured 10 lead changes and 12 tied scores, Myrtle Beach (3-7) used a late first half run to open its largest margin of the game.  Trailing 32-31 with 2:33 to play in the opening 16-minute half, Myrtle Beach scored 12 unanswered points to open a 43-32 advantage with just 20 seconds to play as Bryce Schneider capped the run with a driving layup.  During the stretch, Schneider tallied five points and Robert Swanson matched him with five points.  Karl Madison connected on a 3-point basket as time expired on the opening half to close the gap to 43-35 for Mustang (3-2).

In the second half, Myrtle Beach continued to hold the lead until the Broncos chipped away and tied the game at 58-58 with 5:40 to play in regulation.  The teams traded baskets before Curtis Haywood connected on a long 3-point basket to give Mustang the lead for good at 63-60 with 3:32 to play.  The Broncos built the lead in the closing minute as repeated 3-point attempts failed to connect for Myrtle Beach.