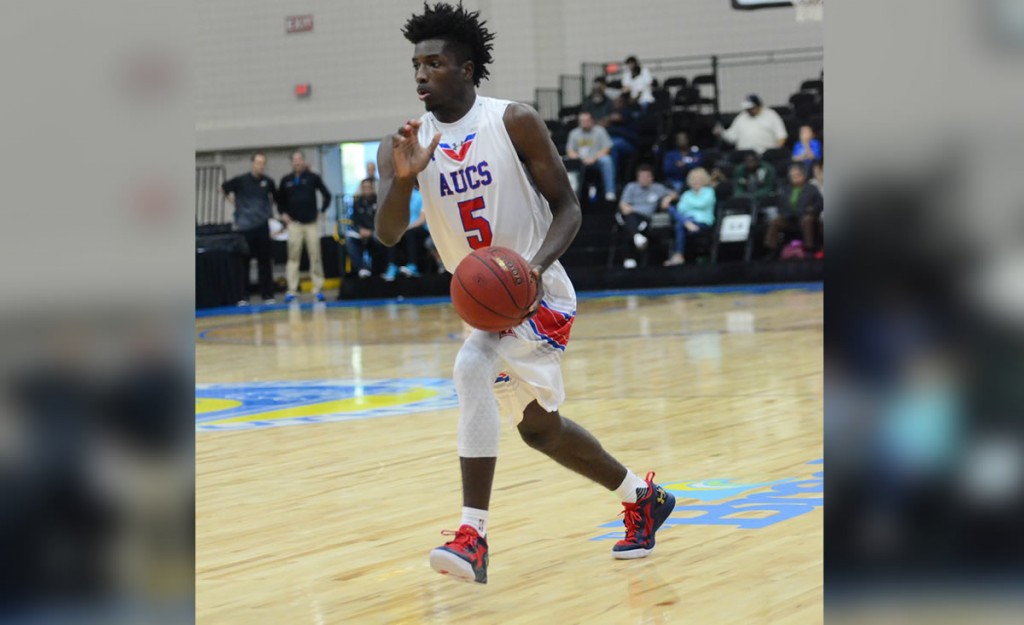 Jalek Felton scored a tournament record 55 points to lead Mullins (SC) to an 83-69 victory over Poca (WV) and advance to the consolation bracket championship game of the 35th Annual Beach Ball Classic.

Felton, who came one point shy of tying the old record of 52 points in the 2014 BBC, either scored or assisted on 28 of the 31 field goals by Mullins and accounted in one way or another for 74 points as he added eight assists.  Felton also tallied nine 3-point baskets, tying the BBC record for made treys in a game.

In the 2014 BBC, Franklin’s (OH) Luke Kennard, now a freshman star at Duke, scored a record 52 points in the opening round against Felton’s Auctioneers.  Felton tallied 51 the next night against Myrtle Beach to fall just short of the record.

Adding to the notes on the record is the fact that the long-time record holder Mike Bibby has been in attendance for each of these record breaking efforts as the coach of his alma mater.  In 1995, the future NBA star tallied 48 points as his Shadow Mountain (AZ) squad defeated Eau Claire (SC).  19 years later he returned as Shadow Mountain’s coach to the BBC and saw his record topped twice in 2014 and then again in 2015.

As for this contest, Mullins held the lead the entire first half and went to the locker room ahead 36-30.  Poca (5-2) fought back in the second half and capped a 9-0 run with 9:51 remaining in the game to take the lead at 48-47 on Elijah Cuffee’s layup.  After trading baskets, Mullins regained the advantage and Fabian Carroll’s 3-point basket with 5:28 to play gave the Auctioneers a 64-56 lead.

While Felton was wowing the crowd, Cuffee was doing his best to keep Poca in the contest as he led the Dots with 30 points.