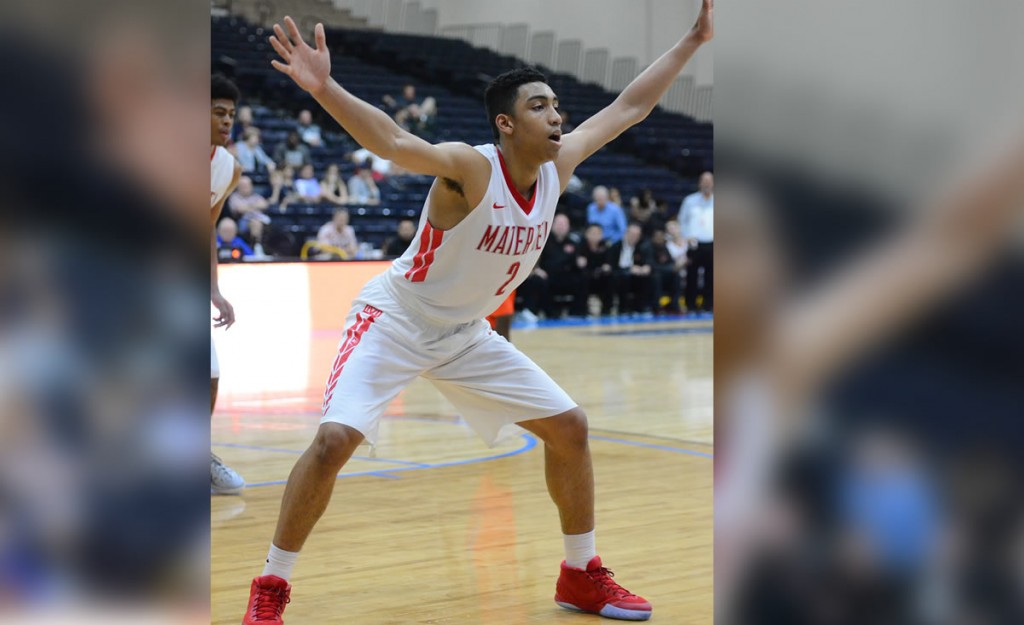 Mater Dei scored nine of the game first 11 points to open a quick 9-2 advantage on Spencer Freedman’s 3-point basket at the 11:47 mark.  The Monarchs built their largest lead of the half with 6:48 on the clock when Justice Sueing’s 3-pointer game Mater Dei a 21-12 lead.  Bartow (6-7) scored the next nine points to knot the score at 21-21 on a pair of free throws by Tony Bradley with 4:58 to play.  Mater Dei continued to hold the advantage until Justin Serrano’s layup with 3:24 on the clock gave Bartow its first lead of the contest at 26-25 with 3:24 to go in the first half.  The teams traded baskets and the lead in the closing two minutes of the half before Bartow took a 33-32 lead into the locker room.

The second half was a different story as Mater Dei scored the first eight points of the half and went on a 26-7 run from the start of the half to the 6:57 mark to take a commanding 55-40 advantage.

Sueing was the leading scorer for Mater Dei with 17 points while Bartow was led with 15 points each by Justin Serrano and Tony Bradley.