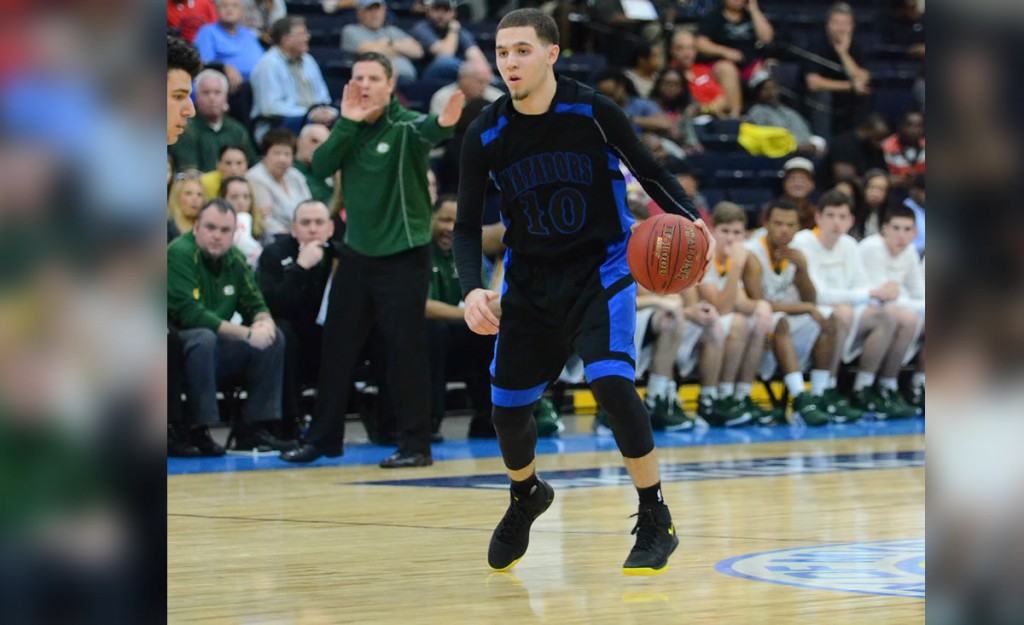 Shadow Mountain (AZ) scored 22 fast break points and forced St. Edward (OH) into 25 turnovers in a 85-52 opening round victory in the 35th Annual each Ball Classic.

The teams battled early on in the contest as the lead changed hands eight times and there were a pair of ties in the opening 5:32 of action. Daniel Chambers connected on a 3-pointer with 10:28 to play to give St. Edward (3-1; Lakewood, OH) a 15-14 advantage. That lead proved to be the last for the Eagles as Shadow Mountain (8-2; Phoenix, AZ) scored the next nine points to open a 24-15 lead with 7:09 on the clock. Shadow Mountain went on to lead 43-27 at halftime.

The second half was all Matadors as St. Edward could get no closer than 15 points in the final 16-minute half. Shadow Mountain forced the Eagles into 18 of their 25 turnovers in the second half as the Matadors’ defensive pressure turned into eash baskets.

Shadow Mountain was led by Michael Bibby’s 21 points and eight assists. JJ Rhymes added 20 points on 8-of-12 shooting from the field and 4-of-4 from the free throw line for the Matadors, who are coached by BBC Hall of Famer Michael Bibby.