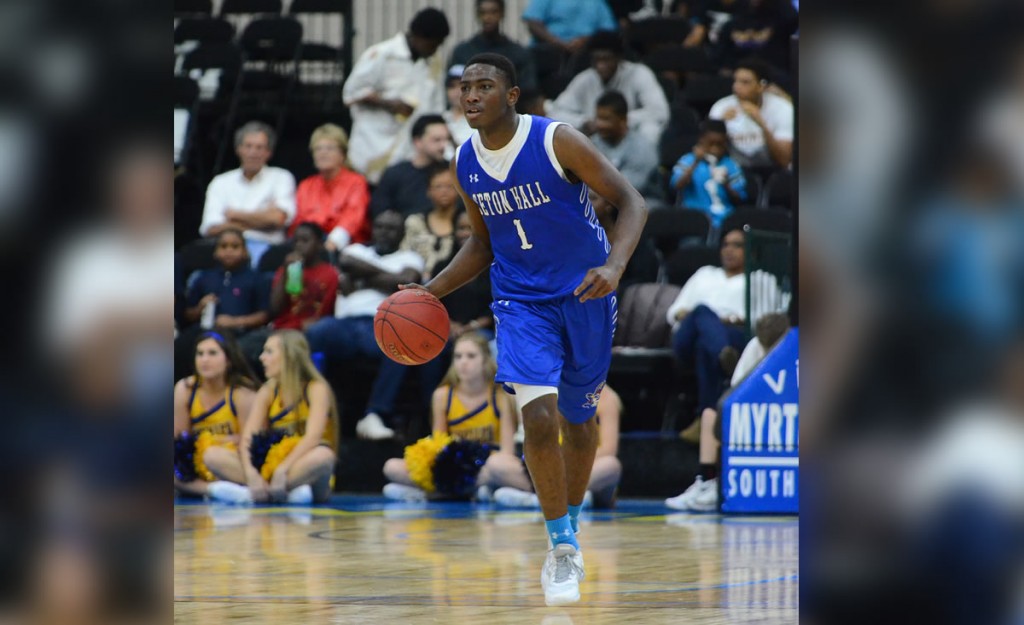 Seton Hall Prep (NJ) scored a 39-33 victory over Archbishop Moeller (OH) to advance to the semifinal round of the 35th Annual Beach Ball Classic.

Seton Hall Prep (5-0; West Orange, NJ) held the lead for the entire opening 16-minute half, building a 21-11 lead with 1:41 on the clock.  Moeller (7-1; Cincinnati, OH) scored the last five points of the first half as Nate Georgeton connected on a 3-point basket and a short jumper to pull the Crusaders to within five points at 21-16 at the break.

The teams traded baskets to open the second half before a 7-0 spurt capped by Caleb Canter’s driving layup gave Moeller its first lead of the contest with 9:50 to play.  After reading baskets and the lead twice over the next several minutes, Moeller’s Georgeton had a steal and a layup to regain the lead for the Crusaders at 33-31 with 2:48 to play.  Seton Hall Prep responded by scoring the final six points of the contest as Moeller committed three turnovers and missed a pair of jumpers in their final five possessions.

TJ Gibbs led Seton Hall Prep with 13 points while teammate Stephen Ferraro chipped in 12 points for the Pirates.  Seton Hall Prep forced Morller into 18 turnovers and connected on 12-of-13 free throws as a team.

Moeller was paced by Georgeton’s 11 points.  Trey McBride added 10 points for the Crusaders.