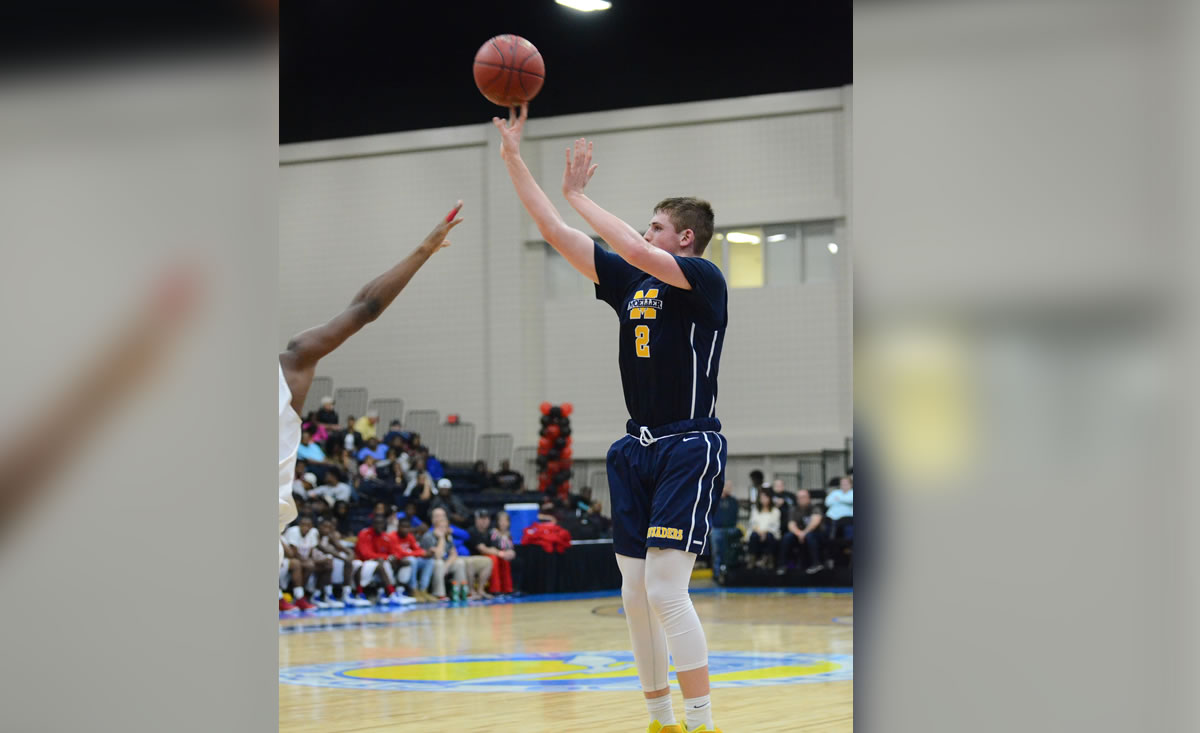 Archbishop Moeller (OH) turned a close game into a blowout as the Crusaders advanced to the quarterfinal round with an impressive 86-49 voctory over Mullins (SC) in the 35th Annual Beach Ball Classic.

Moeller (7-0; Cincinnati, OH) led 45-34 at halftime and proceeded to connect on 68.2 percent of its shots from the field in the second half (15-22) as the Crusaders cruised to the victory.  Moeller led by as many as 37 in the second half.

Keegan McDowell and Trey McBride led Moeller with 21 points each.  The Crusaders’ Nate Georgetown dished out 10 assists to move into the BBC record book in a toe for ninth place for assists in a game.

Mullins (2-6) was led by Jalek Felton’s 20 points but the University of North Carolina signee connected on just 6-of-18 from the field.