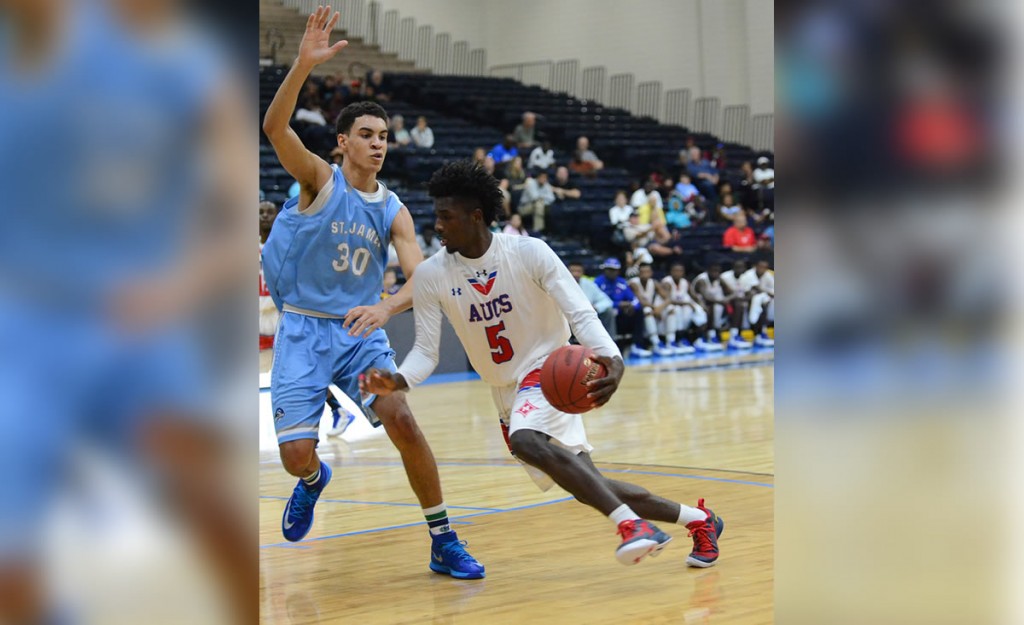 After trailing briefly in the opening minute of the game, Mullins (3-6) scored nine straight points and went on to lead 38-21 at halftime.  The Auctioneers built the advantage to as many as 22 points in the second half before St. James (4-6; Murrells Inlet, SC) used a 14-2 run to close the gap to 48-49 with 5:16 to play on a layup by Jackson Hurston.  That was as close as the Sharks would get as Mullins pushed the lead back to 17 points down the stretch by connecting on 10-of-12 free throws in the final two minutes of play.

Felton, who scored 27 of his game-high 37 points in the opening half, also pulled down 14 rebounds for Mullins.  St. James was led by Zach Werba’s 18 points, while Hurston added 13 points and seven rebounds.