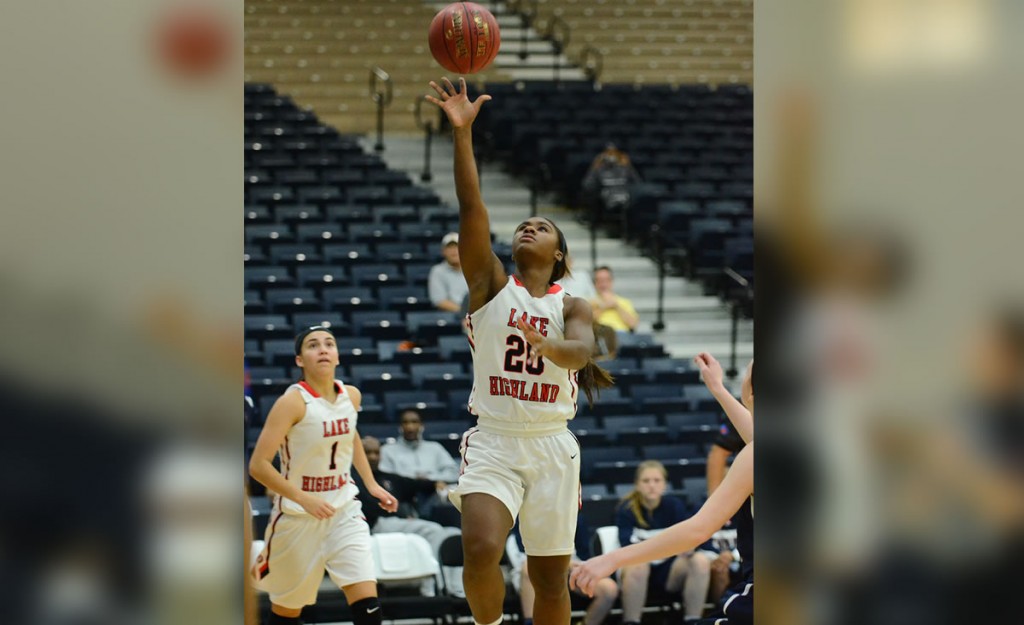 White Knoll (3-3) scored the first basket of the game just three seconds into play and held the advantage for just 10 seconds before Lake Highland Prep (11-1) took command.  The Highlanders scored the game’s next 12 points to open a double-digit lead.  Lake Highland Prep went on to lead by as many as 20 in the opening half and 31 in the final minutes of play.