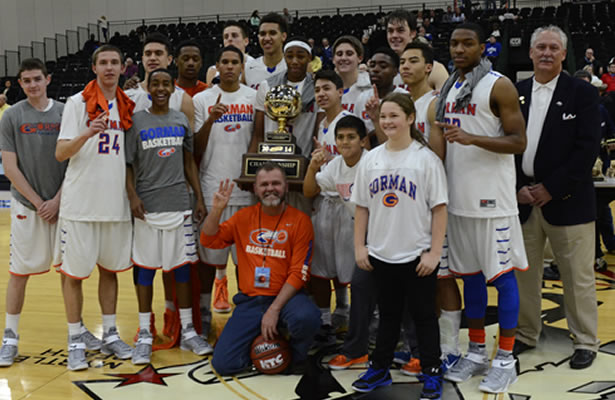 Bishop Gorman led from buzzer to buzzer and built leads as large as 28 points in winning this David vs. Goliath match-up at the Beach Ball Classic.  Chase Jeter, who will play at Duke, led the Gaels with 18 points and 12 rebounds.  Ugo Amadi added 17 points for Bishop Gorman.