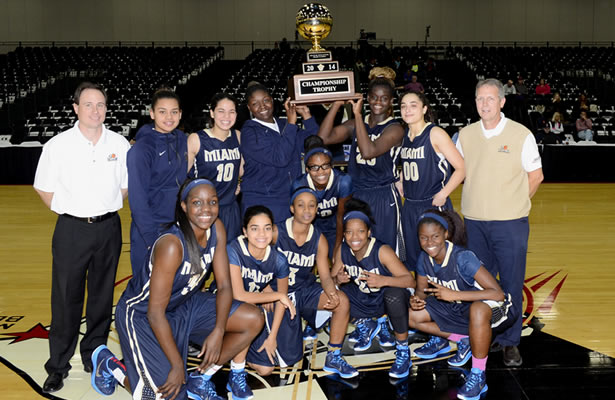 Miami (FL) Senior became just the second team in the history of the CresCom Bank Holiday Invitational to repeat as champions as the Stingarees posted a 55-44 victory over Riverdale (TN).

Miami Senior (13-1) joins Seneca (SC), which captured the first two CBHI titles in 1999 and 2000, as the only other program to win back-to-back championships.

All Tournament Team (all players above are also All-Tournament):